Today I woke up in my beautiful Hamburg. Yesterday I was too tired and nervous. Two weeks in the North. Finally some relaxation.

I booked a room at one of the hotels (Condor) near the central station. “Never a good idea.” said one of my VIPs, but it’s not that baaaad. There’s always something to eat there and the Old Town is about 300 m from me. And the Internet is the fastest I’ve ever had in Germany.

I have a crush on Europa Passage. 2 reasons: Food Sky and Rewe City. My God… I could live there. Well, I do live nearby. Hihi.

So. Breakfast at the hotel. Freshly baked buns, Omelette, boiled eggs, salami, sausages, about 7 types of jam (including light ones), something similar to Nutella, honey, butter, 3 types of cheese (I chose camembert), tomatoes, cucumbers, Philadelphia, tea, coffee, water, orange juice, multivitamin juice (or something like that), fruit (=apples) and other things that I already forgot. I find breakfast to be really important. I took my time. I thought about the rest of my day… Life’s good. 🙂

Then I went out. Coffee from Starbucks. I miss Cold Brew. I read that there are some shops that serve it here. We’ll see if I find them.

The weather is so beautiful today. Cold but sunny. I went to Miniatur Wunderland, but there were too many people waiting in line. I bought a ticket for tomorrow. So where to next?

Hagenbecks Tierpark. I’ve already visited the Zoos in Munich and Berlin. I cannot say this one was better. They are all… similar. The zoo is Zoo. However. If you do go there, visit the Aquarium too. Lin loved it at the Zoo, he took a photo with his Panda-cousin. Hihi. 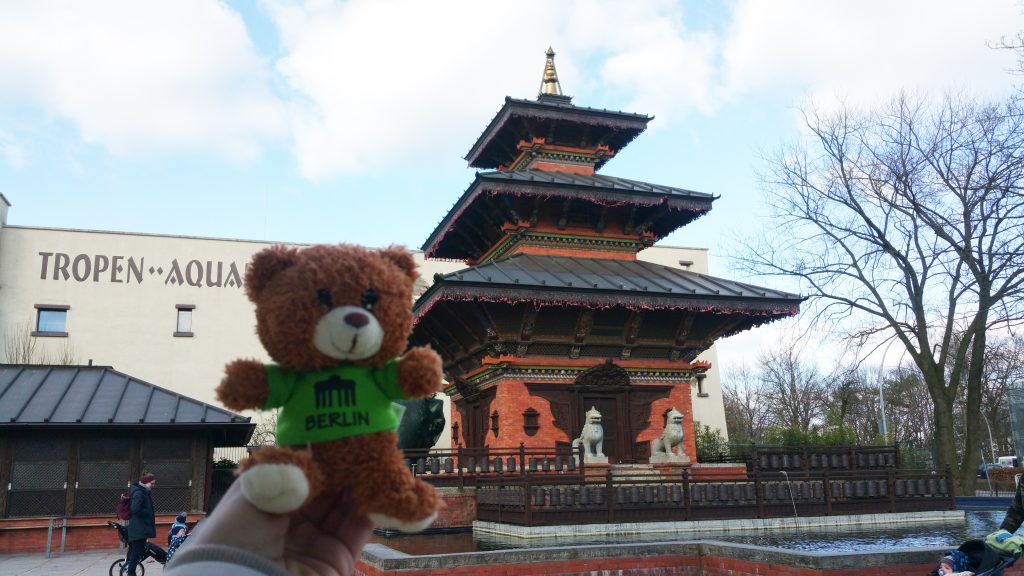 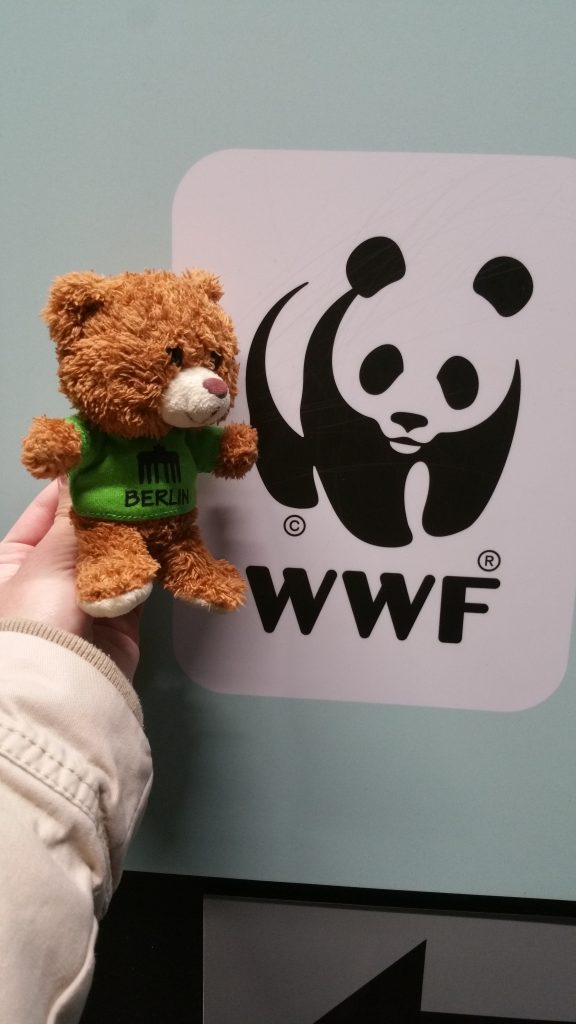 And then I wanted to go to Karo Fisch restaurant. But it’s way too tiny – just 5 tables. One must either wait or eat outside. It’s a little too cold and I have to sit and take my time when I eat. I hate eating too fast. I have to enjoy it – even if I’m having a sandwich. I’ll return in the next days…

Then “Das Dorf” Restaurant. But it’s in St Georg… and I shouldn’t go there alone.

I wanted to eat by one of the Daniel Wischer restaurants, but it was full. As it always is at weekends.

So: Europa Passage. Hanoi. Prawn soup (I couldn’t really eat prawn for some time, but now I’m good.) And something with rice noodles. As you know, I hate pasta. I don’t know why I ordered this. Worst idea ever. I didn’t like it…

But the soup was great. Prawns were peeled. Cool! 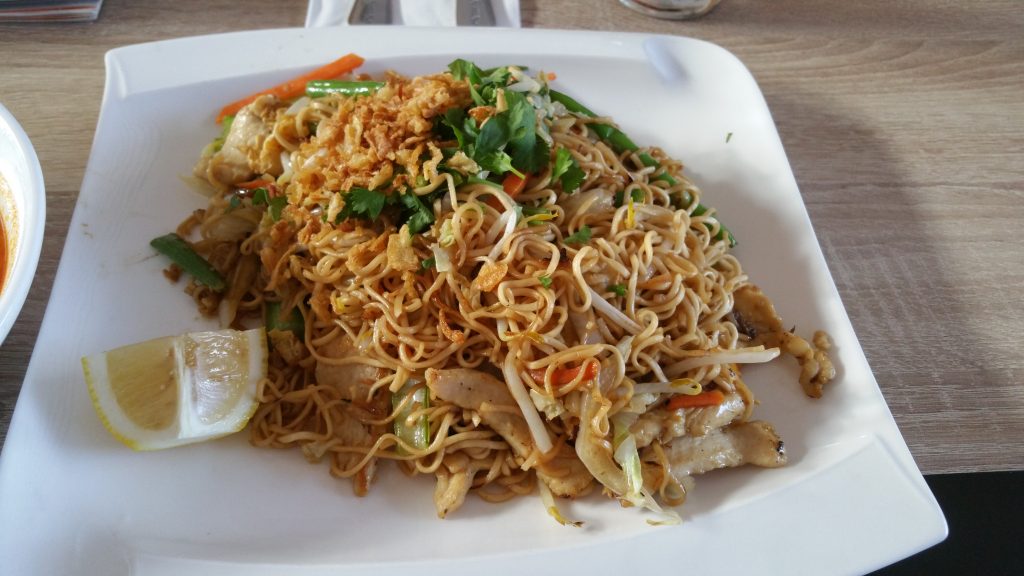 Then back to the hotel.

As you already know, Wismar is the city of Angels here in Germany. Two of my VIPs live there. And they have a child who lives pretty close from Hamburg. I went with him and his wife to the theatre tonight. Tivoli in St Pauli. The show was perfect. They are the best. But I don’t like writing about my VIPs. I’ve said it once… I’ll say it twice… Even my thoughts about them are private.

As I was saying, the show was spectacular. It’s called Heiße Ecke (Hot Corner) and it’s about… life here in St Pauli. During these two hours… I felt as if I was just like one of the other spectators. Just like them. Home. Safe. Comfortable. In my Germany.

St Pauli was new for me. I never go out at night and apparently, there’s this whole new world I didn’t know about. I don’t mean clubs and partying, I mean lights and people. I’d love to wander more through Hamburg at night. When I grow up, I’ll walk more at night. Perhaps sometimes through Hamburg.

But till I grow up, I need to sleep first… 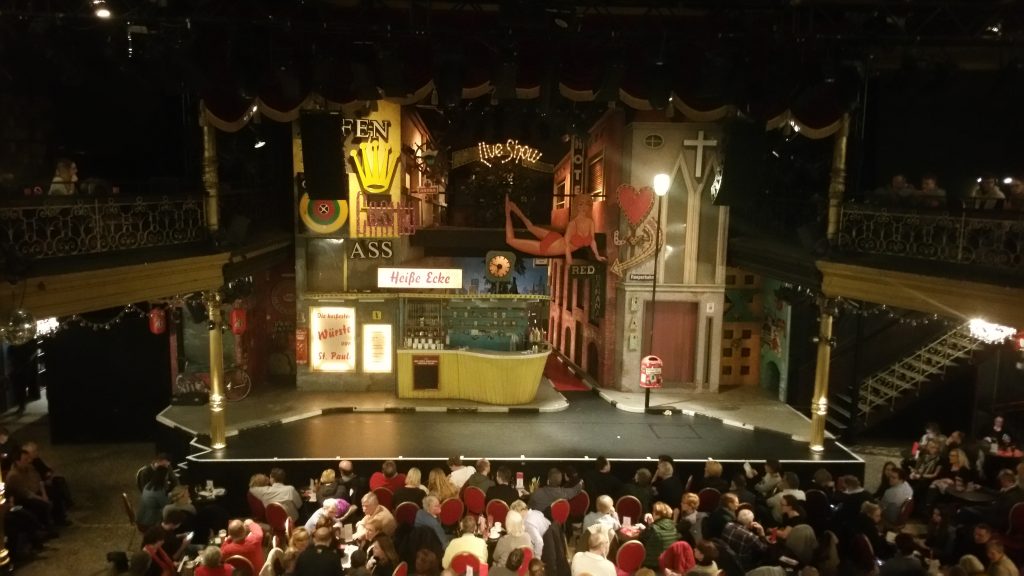 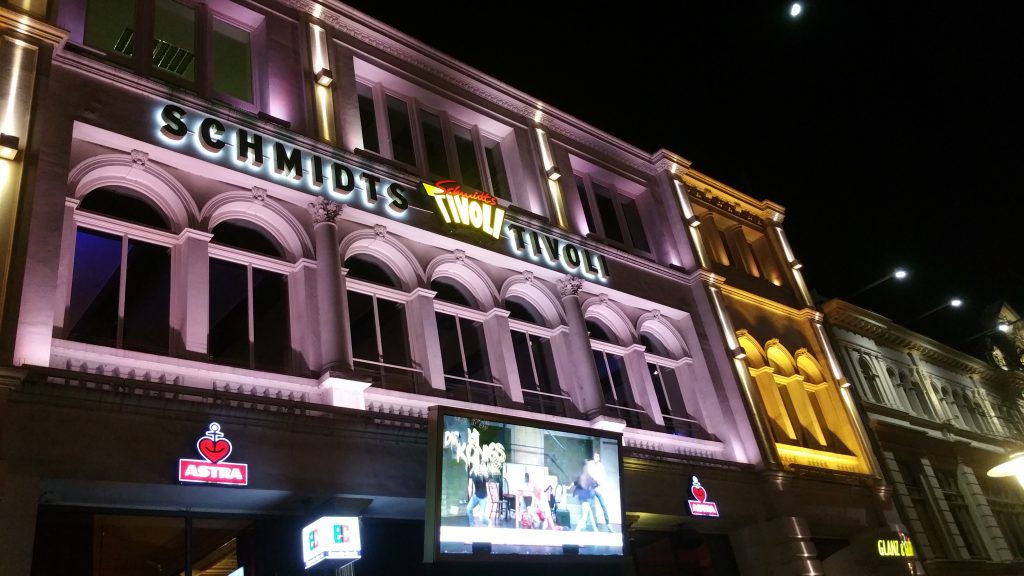 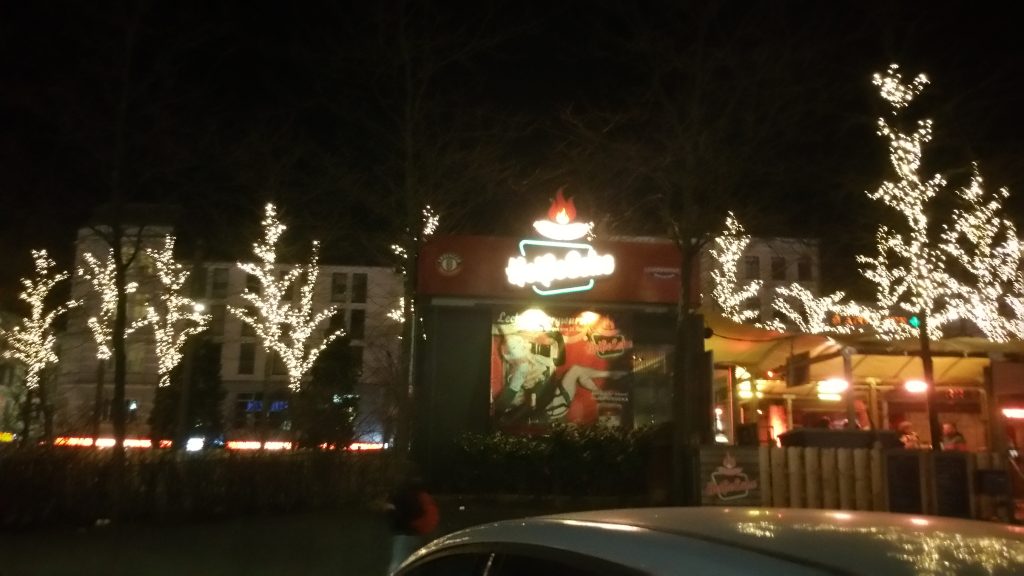 GUYS! If you come to the North, wear gloves. It’s windy here. I kinda f***ed up my skin. 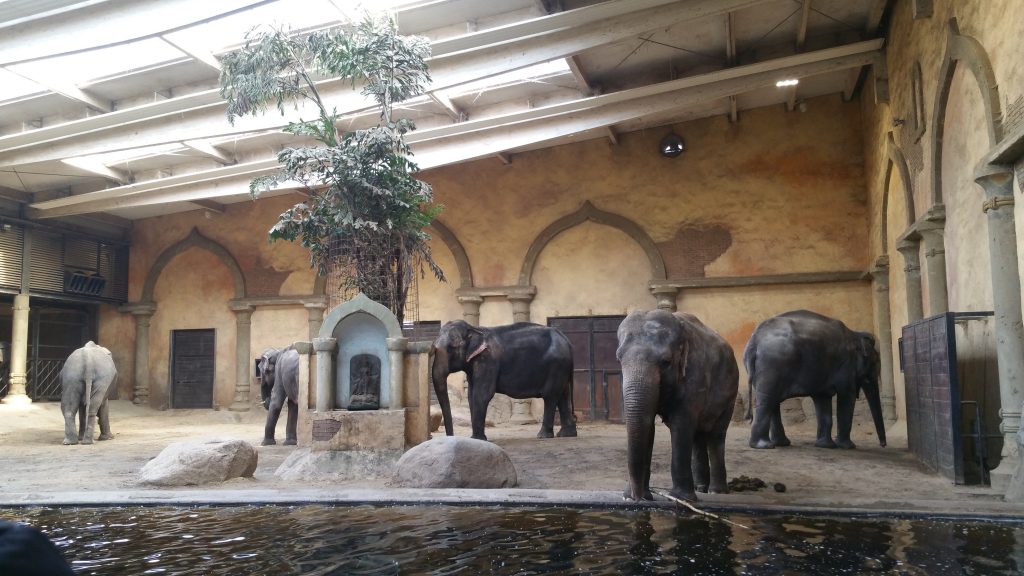 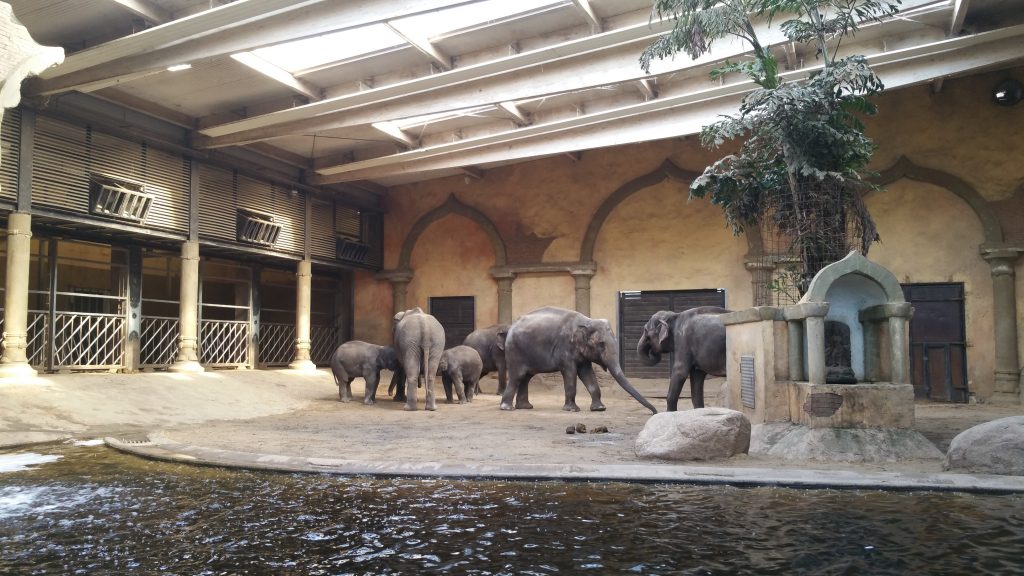 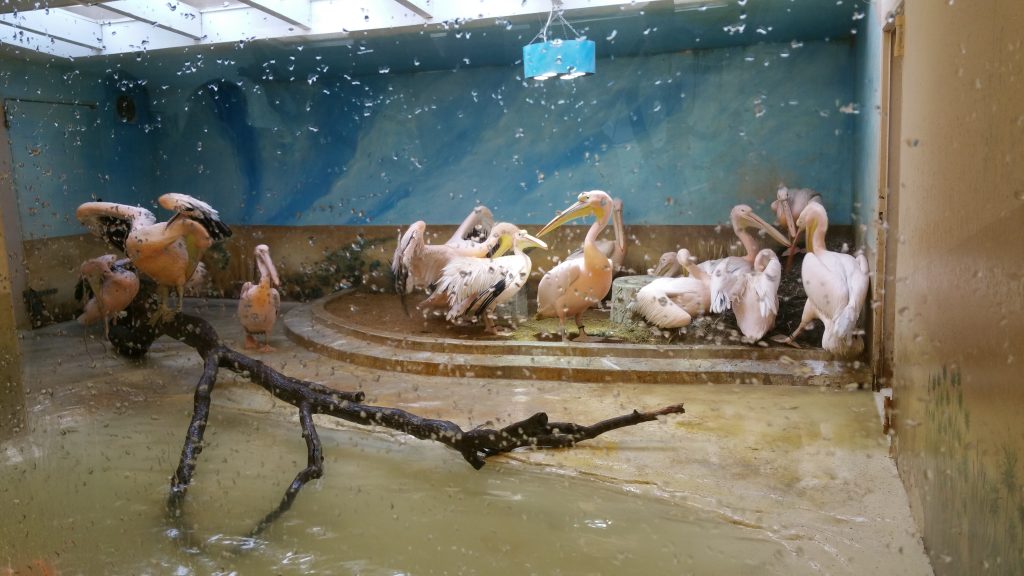 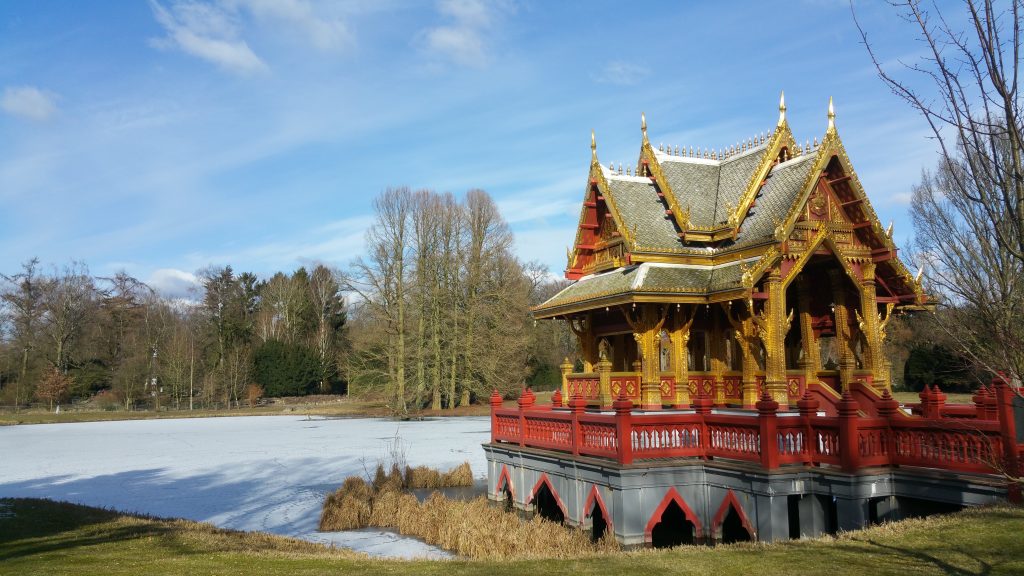 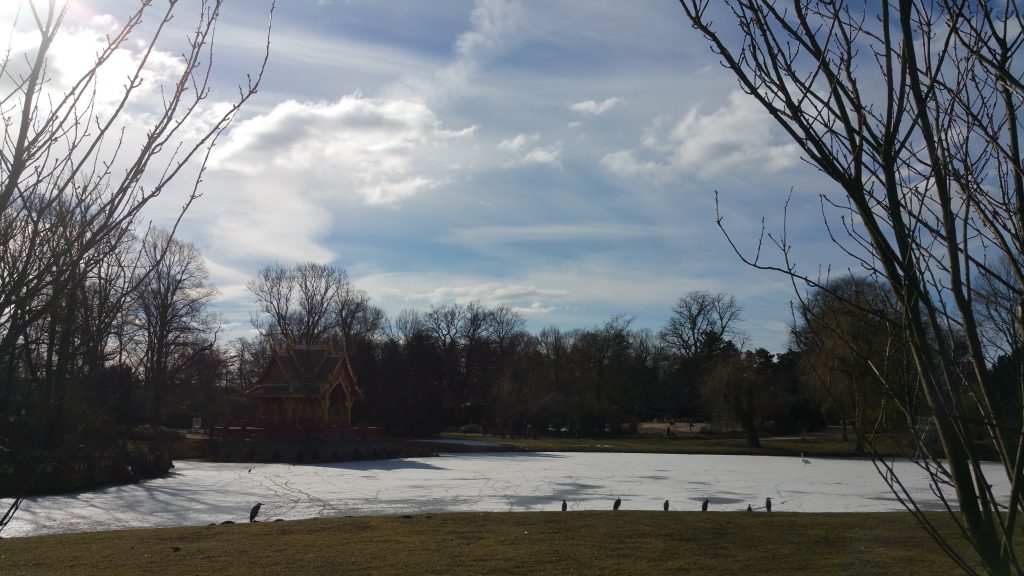 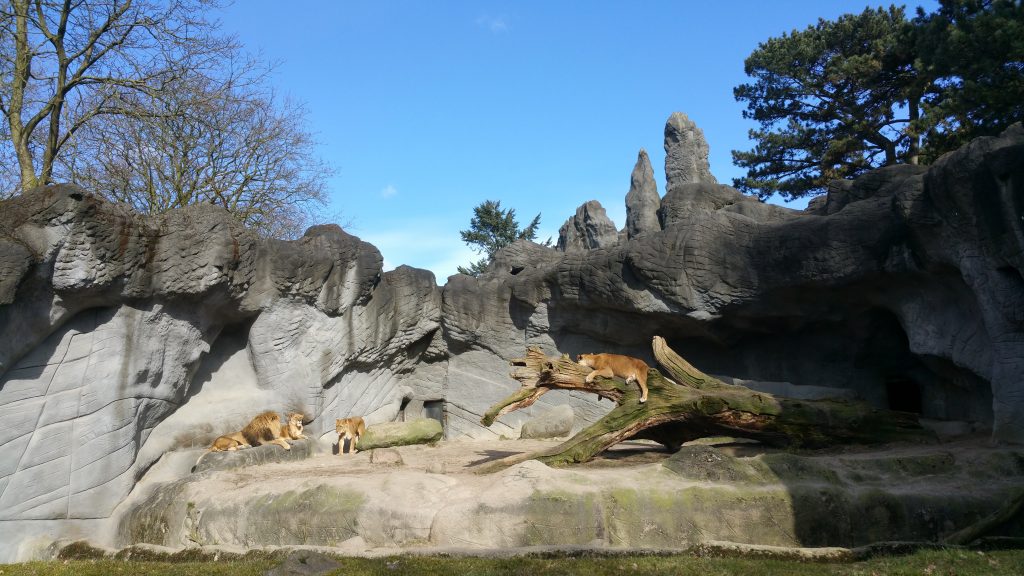 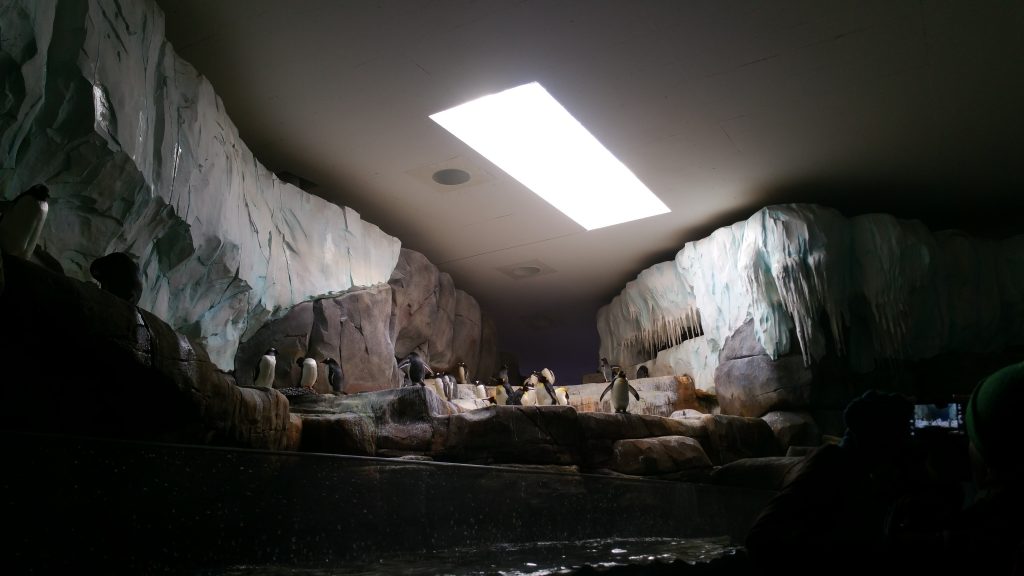 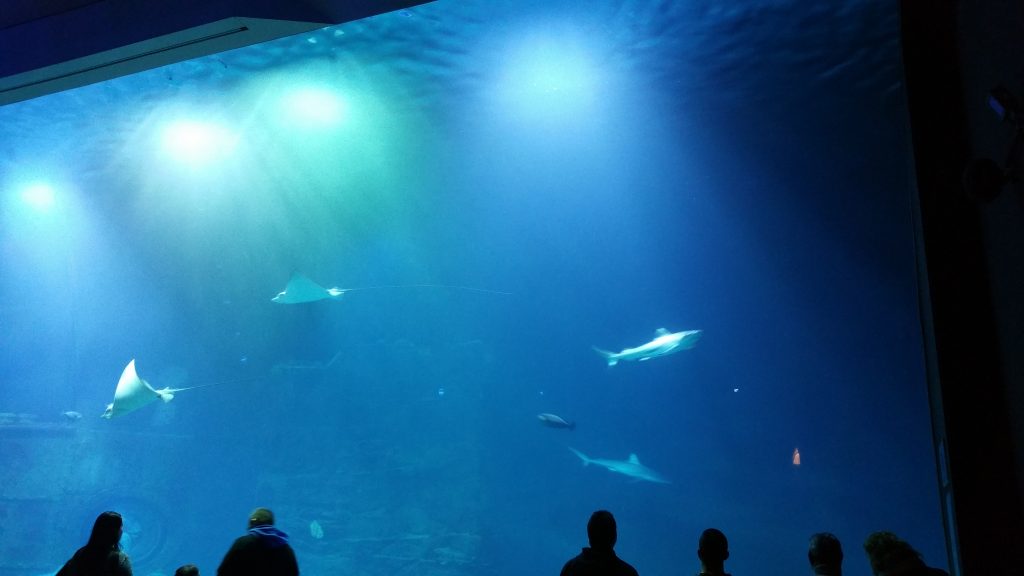 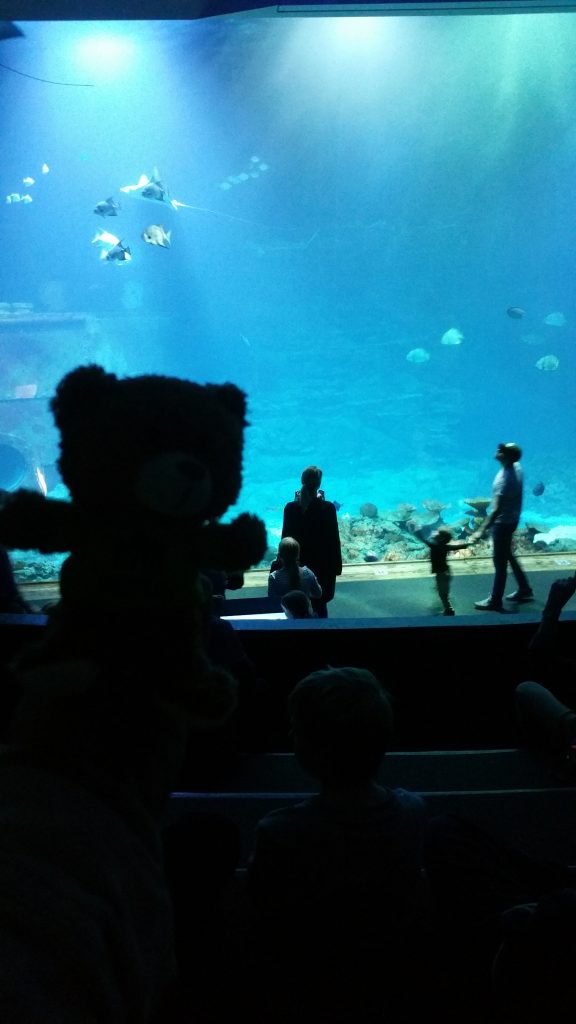