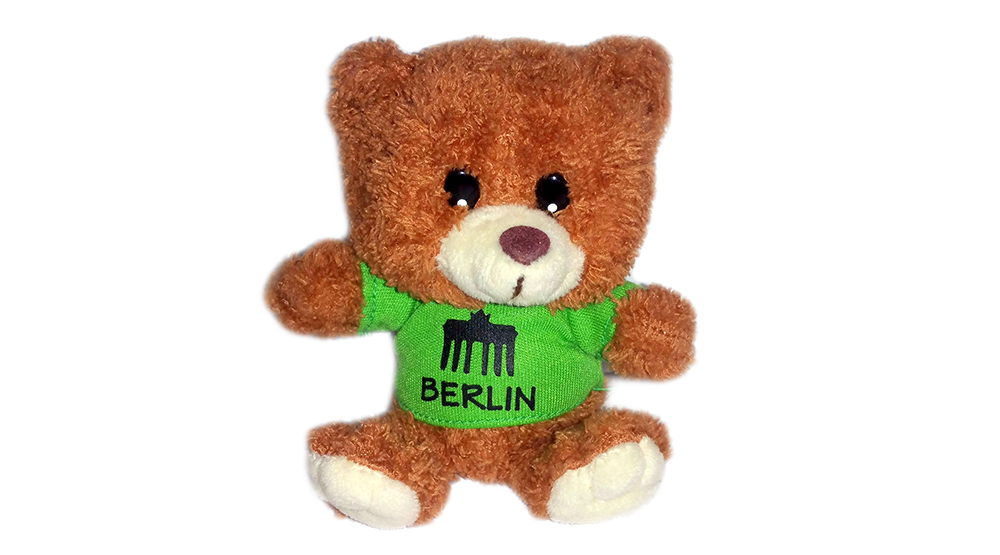 I’m pretty sure it wasn’t so easy to decide which lucky agency is going to guide your footsteps on this lengthy pathway you’ve chosen, but trust me on this one, if I‘ve made it this far (I’m actually in Berlin as I’m writing this), you will 100% make it, too.

I would like to clarify that this blog was written by a real candidate, it’s about my experience with the Certa family and it’s yet another proof that, indeed, Certa is “for real“.

I’m 24 years old, 2 months ago I graduated from med school in Romania and about two years ago I made up my mind that I was going to move to Germany and practice medicine here. If you’re reading this blog in German, too, you’ll notice that my writing skills in German are faaar from perfect… and my speaking skills are even worse :)) I got my B2 Goethe Certificate in a fairly short amount of time, so learning German was pretty much like running a marathon for me => I have many, many lacks. But nobody’s perfect and I’m aware of the fact that this move means a whole new beginning; new language, new friends, new environment and plenty of new medical information.

I actually discovered Certa as I was in my 5th year of med school. I went to a Careers in White fair, but to be honest I wasn’t sooo taken aback by it.

So I just went on with my search, in August 2016 I got a clerkship in Munich, buuuut I could barely utter a couple of words in German at that time so it was pretty sh*tty… In October 2016 I decided I had to go pro. I found myself a tutor, 2 hours every week, I would spend many hours on Youtube (btw, I totally recommend you two youtubers – Jolinna Mennen and Florian Mennen, a married couple from Bremen; Jolinna talks about virtually everything, make-up, politics and other… important stuff concerning our… world, and Florian cooks – which I find absolutely great, since I also love cooking). So back to my story… in June I got my B2 Certificate… and that’s about it with regard to my “German knowledge“ :))

So there I was: B2 Certificate – check, graduated from med school – check, no idea about what I should do next – check. So began the great search. I’d already spoken to various other agencies (two times with Personal International, I’d also received many e-mails from other recruiters, I’d saved about 30-40 Facebook posts, I’d also got some interesting offers from a bunch of friends who were already working in Germany, such as “hey, you know, these agencies are just trying to make money off of you… how about you come here, be my intern, stay here for 6-10 months, till you get your TELC Medizin Certificate or pass the FSP… the hospital is going to cover all the expenses, plus I’ll get like XX.000 euro for bringing you here and we can split that, make it X.000 for you and X.000 for me. You’ll just be endebted for like 15 centuries to the hospital, but that’s… ok I guess.“ I really don’t like such things. I wanted certainty and not only regarding my future job. I wanted certainty regarding my life.

Now here’s a fun fact about me: I’m not only a physician, I’m also a stalker. Yeah, I gotta play it fair and square to you guys, I actually stalked Mr. Karbownik. I read his interview on www.certa-gmbh.de. I read a couple of reviews from other candidates… and they were all positive, so I put it all together and came to a brilliant conclusion: “This is soooo fake. There’s gotta be someone out there to speak their mind.“ But there was something in all the posts, interviews, replies from Mr. Karbownik that yelled “Here’s some CERTAinty, you big wuss. Take it already. “ to my face. I couldn’t put my finger on what exactly happened… was it his friendliness, or perhaps the open-mindedness in his posts? No idea. But long story short, on a Sunday evening, at about 10 pm, I wrote to him.

“Good evening, my name is… and I want to come to Germany.“ I was convinced, he wasn’t going to reply for like a couple of weeks minimum. So I just went to bed. After 20 minutes my phone beeped. “Huh…? That’s gotta be my Yummly subscription.“ But no, it was a reply from Mr. Karbownik. He wanted to know how much I scored in my Goethe Exam. I replied: 91 points. Then followed another reply from Mr. Karbownik… and a proposition for a phone-talk on Monday aka the following effin day!! Uh-oh. So I told you how I got my certificate in June… and this was…late September. And like the good kid that I am, I hadn’t practised any German since then. Perhaps that doesn’t mean anything for someone who’s been studying German for… say 5 years – the vocabulary stays… But that wasn’t my case at all. I’d just taken my final examination (med school) so I was pretty exhausted…

There is something that both Mr. Karbownik and me expect from one another: honesty. I thought then: Should I make an excuse? Hmm. No. This is who I am. This is my current level. He has to know the truth. If I actually go for it with the Certa Team, I’m gonna be representing them as their candidate. I already knew they had 15 years of experience behind. Such an agency must have gained a strong position in Germany by now. It would be so unfair, if I tried to trick Mr. Karbownik and the Certa Team. (And I probably couldn’t, but just for the sake of the argument…). So my answer was: “Yes“ for Monday. And it stayed “Yes“ for Certa up to this moment.

After the phone interview, I started gathering all the paperwork that needed translation and then legalising… a process that took about two weeks. During this timespan, the Certa family was always there for me, 24/7: Mr. Karbownik, Mrs. Stade, Mr. Grigorov… always, always by my side.

And in December… I came to Berlin!! Fachsprachschule!!